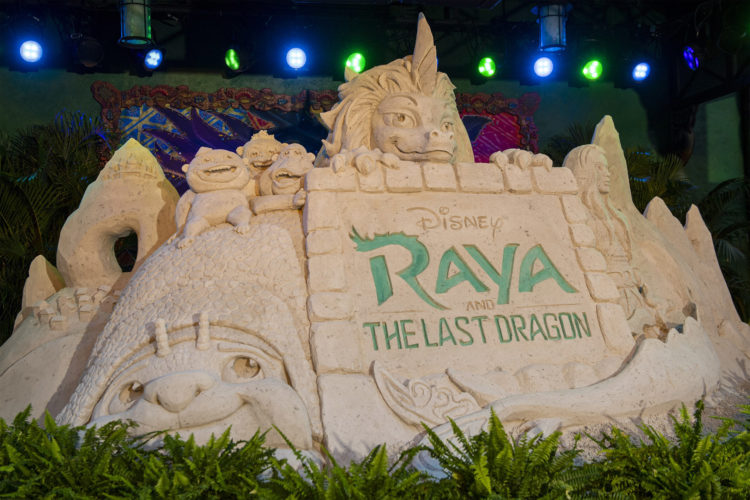 Guests at Disney’s Animal Kingdom Theme Park at Walt Disney World Resort in Lake Buena Vista, Fla., can enjoy a new sand carving display featuring characters from the upcoming film “Raya and the Last Dragon,” set in the fantasy world of Kumandra. Artisans transformed 40 tons of sand into an intricate sand sculpture inspired by the Walt Disney Animation Studios film set to release in theaters and on Disney+ with Premiere Access on March 5, 2021. Characters from the film like Raya, Sisu, Tuk Tuk and the band of Ongi come to life in an amazing masterpiece located on the Discovery Island Stage through the end of March. (David Roark, photographer)