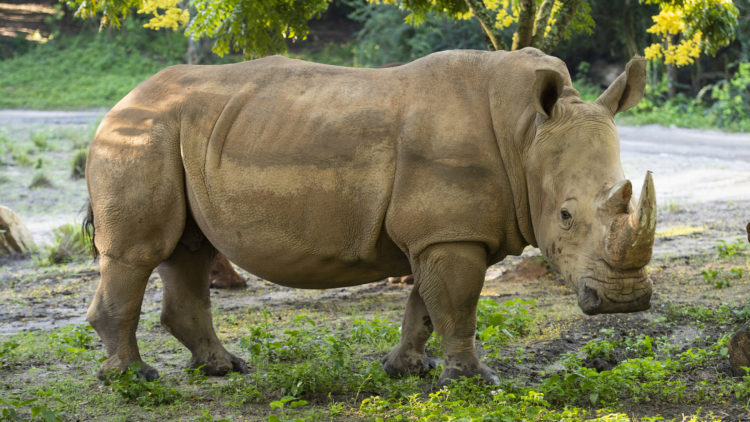 On World Rhino Day, Sept. 22, 2020, Disney’s Animal Kingdom in Lake Buena Vista, Fla., announced three rhinos in the Walt Disney World Resort theme park’s herd are pregnant. Kendi, pictured, the first rhino born at Disney’s Animal Kingdom in 1999, is expected to deliver a calf in October. Two other rhinos are expected to give birth in late 2021. All three rhinos were chosen to breed through Species Survival Plans, which are overseen by the Association of Zoos and Aquariums to ensure the responsible breeding of endangered species. (Disney)