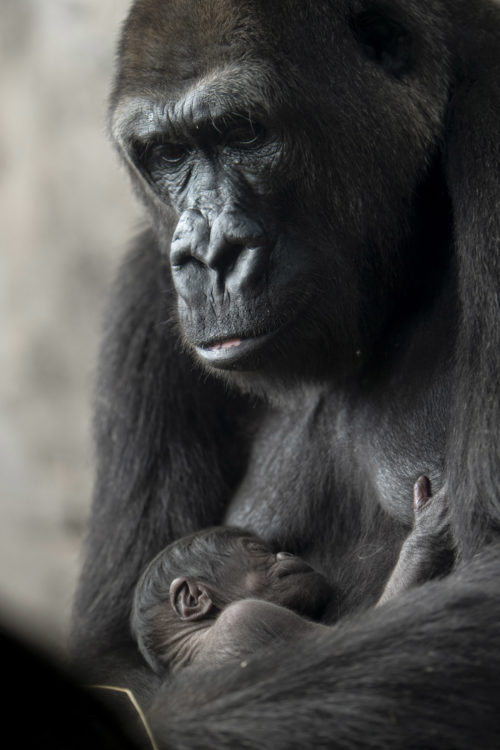 A newborn female western lowland gorilla is cradled by her mother at Disney’s Animal Kingdom in Lake Buena Vista, Fla., shortly after being born on May 1, 2019. The gorilla is named Grace, and her birth was an important step in sustaining the critically endangered species, which has been in decline due to hunting and habitat loss. Grace’s parents, mother Kashata and father Gino, were selected to breed as part of the Species Survival Plan overseen by the Association of Zoos and Aquariums. The plan ensures responsible breeding of critically endangered species so they will have healthy, genetically diverse populations for years to come. Grace is named after the GRACE gorilla sanctuary in the Democratic Republic of Congo, which is dedicated to helping gorillas orphaned by poaching. Animal care experts from Disney’s Animal Kingdom have spent more than 10 years helping the GRACE team and local community rehabilitate orphan gorillas and protect the species in the wild. Walt Disney World Resort guests can see Grace and her family on the Gorilla Falls Exploration Trail at Disney’s Animal Kingdom. (David Roark, Photographer)